All of the elements we have discovered are arranged in the periodic table, which was created by a scientist called Dmitri Mendeleev in 1869. It ordered the elements according to their atomic numbers, which was able to show us similarities and differences in certain elements.

The elements are arranged in periods (rows) and groups (columns). Elements in the same group tend to have similar chemical properties such as, in group 8, all the elements are unreactive. The area in the middle is referred to as the transition metals and usually, their groups are not numbered.

The clever thing that Mendeleev did was leaving blanks in the periodic table that he created, because it allowed for the possibility of elements that hadn’t been discovered Due to trends in the table, they were able to predict the qualities of the missing elements, making them easier to find.

Trends in the periodic table

Elements in the same group have similar properties, so you can predict how they will react, but they also exhibit patterns.

Group 1, apart from hydrogen, are called the Alkali Metals. They have very similar appearances – they’re silvery, soft enough to cut with a knife, reactive with air and moisture and can be cut with a knife.

Patterns of this type (increasing or decreasing in a group) can be found in other groups as well, and for things such as density and the reactivity of the element 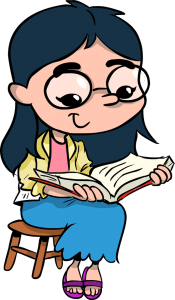 1. The periodic table was created by Albert Einstein.

2. How are the elements in the periodic table ordered?

a. By their mass
b. By colours
c. By their atomic numbers
d. By whether or not they dissolve in water

4. The area in the middle of the periodic table is referred to as ‘the Transition Metals’.

2.By their atomic numbers

1. What similar properties do the elements in Group 1 have?

2. What trends are seen in different groups across the periodic table?

3. What other division does the periodic table show?

4. Why was it clever to leave blanks when the periodic table was originally created?

5. Name three elements found in row 4 of the periodic table?

1.
Silver colour
Slippery texture
Reactive with air and moisture
Soft
Can be cut with a knife

3.There is a natural division of metals and non-metals.

4.It left spaces for elements that hadn’t been discovered and allowed scientists to predict their qualities, making them easier to find