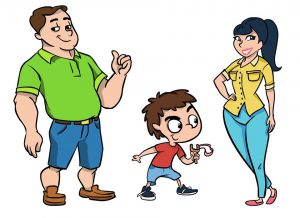 1. Which state of matter has a definite shape?

2. Which state of matter will take the shape of the container it is put in?

3. The particles in a liquid are unable to move.

4. What is the name of the process of moving from a gas to a liquid?

5. Which is the most stable state of matter?

a. Solid
b. Liquid
c. Gas
d. They are all equally stable

6. If we change the state of matter, the number of particles will remain the same

1. Explain why solid particles are unable to move.

2. Why can a gas be compressed, while solids and liquids cannot?

3. What creates pressure in a container of gas?

4. What happens, in terms of energy, when a substance changes from a solid to a liquid?

5. If I were to heat a container of gas with a Bunsen burner, what effect would this have on the particles inside?

6. If I was to melt something, then evaporate it, what state of matter did it begin as, and what did it end as?

1.There are very strong bonds between particles which is why they cannot move.

2.Solids and liquids do not have much space between the particles but gasses do. This means that air can be squashed out from between gas particles.

3.Pressure is created by how often the particles of a gas are hitting the sides of a container.

4.Energy will be gained because the substance is becoming less stable

5.The particles would all be moving faster because of the raised temperature.

5.It began as a solid and ended as a gas.

“Learning is pleasurable, but doing is the height of enjoyment.”